Intro by Rina Sunder We cannot achieve the sustainable development agenda without gender equality. In order to achieve gender equality, we must fight the prevailing gender stereotypes that hinder women from climbing to the top. This requires effort from both women and men. Our guest on our ARNE Talks podcast is here to discuss his views on gender discrimination and the measures we must take to achieve gender equality. Our guest for today is what we would describe as a male ally, a man who will advocate for women even when there are no women in the room. The President of the Norwegian Storting *, Masud Gharahkhani, was elected in November 2021 and one of his most important issues has been equality and democracy, and especially the fight against slander.

* The Storting (Norwegian: Stortinget [ˈstûːʈɪŋə]) is the supreme legislature of Norway, established in 1814 by the Constitution of Norway, located in Oslo.

As President of the Storting,  Gharahkhani is formerly the country’s second highest ranked person after the King.

Rina Sunder We welcome You to ARNE Talks episode #2 «Men who support women»!

Rina Sunder As someone with multicultural background, what would you say are the most obvious ways in which Scandinavia differs from other countries in terms of gender equality?

Masud Gharahkhani I think Scandinavian and Nordic countries, they have the same values and that’s democracy, that’s gender equality, freedom of speech. And unfortunately, during the pandemic we have had a setback in democracy in many parts of the world, but not in minority countries. And when I receive guests from other countries or I visit other countries, they say to me that they think it’s a successful and rich country because of oil. And of course oil is important. But the main reason that we are successful country is that we have a welfare system. And in that welfare system, gender equality is important. It is important that you have both women and men who are a part of the labor force. So our income is the human capital. And a big part of that has been our fight for gender equality.

Rina Sunder I think that’s such a good point. You raised here the good economy that Norway has in place is due to the policies that make it possible for women to take part in the workforce. But despite being at the forefront of egalitarian policy, females in Norway represent a mirror portion of leaders in the private sector. Why do you think that is the case?

Rina Sunder We are very honored as well, to have you both in the campaign and also having you here with us live today. You and Jannicke Bakke-Olsen made headlines all over Norway on march 8th when you named yourself Anne instead of Masud. Because that is what the campaign is about, that Arne and Anne is a symbol of the fact that we have more men in top positions than females. So what was the reason for you to changed your name and what message was it that you aimed to convey?

Masud Gharahkhani You know, Jannicke and me, we are both from the city of Drammen. I think of Your campaign as a grassroots campaign. And for me, one of the values I want to talk about, and I want to work with is gender equality. So I had not used Linkedin for a long time, and I made a profile and I called myself Anne. And I’m glad to be a small part of an important campaign to make sure that women and the most diversity is an important part of all our society. Both the CEOs of the big companies in Norway and other parts of the Norwegian society.

Rina Sunder I have to congratulate you on your debut. What an amazing debut you made on LinkedIn. Come on. I don’t think there’s many places in Norway you can even brag about your entry on LinkedIn being in every news office in Norway. I read an interview of yours, Mr. Greghani, where you stated that your mother played an important role in your early life. I would like you to elaborate on this. What is it that she teached you?

Masud Gharahkhani My mother taught me a lot of things. She’s an important role model in my life. And to understand both my mother and me, you have to understand our background. We are born in Iran, and one of the big heroes in my life is my grandfather. He was a working class hero in many ways. He worked in the railway system in Iran during the building railway. And he was a child that only had a mother. His father was not around when he got to be a parent and had a lot of daughters in Iran at that time. It was usually like this, that the women, when they turned 18 years old, to get their independence, they should marry. For him, it was important that my mother and my mother’s sister got education, that they got to be independent and self. And when my mother, after a while, got married and we came to Norway, she started in this country working in the kindergarten, and after a while, she got education. She’s a teacher now. And everybody knows that my mother is the boss in our family, and that’s how I’ve been raised up. For me, gender equality has always been a part of my life. My mother is an important role model in my life.

Rina Sunder That’s so beautiful. Both the story of your grandfather, who actually wanted his daughters to all have education, and also the fact that you see how important it is for women to both have education and to join the workforce. And the fact is we cannot achieve gender equality without the cooperation between both sexes. Your grandfather was a great example of this and the fact that you stated that your mother was the boss, but it also conveys some kind of respect that you really learn at a very early stage to respect your mother as a female. What do you think men can do now to mitigate the challenges women face in the workforce?

Masud Gharahkhani To support and talk about the important values Norway has built on that, such as gender equality. That’s a big part of Norway being a successful country, that we have a welfare system that makes us a country that we can take care of each other. And I think it’s important to support women and make sure that we get more empowerment in many areas of our society.

Rina Sunder That leads me to the next question. You just said support. How do you support females in your life?

Masud Gharahkhani Well, I always say: I believe in you and you have to believe in yourself. Make the choices you want to do. Make your dreams come true and I got you back so that’s the way I do it.

Rina Sunder My ex boyfriend also used to say I’m your shadow. Don’t you worry. No matter what, I am your shadow and I’m here for you. We have now come to our last question to you, Mr. Gharahkhani. I could have gone on for hours. Do you have any advice for young and ambitious women?

Rina Sunder Thank you so much for your final words and a big thank you for being guest on Honor in our podcast. We’re so happy that we have men like you, who are true. 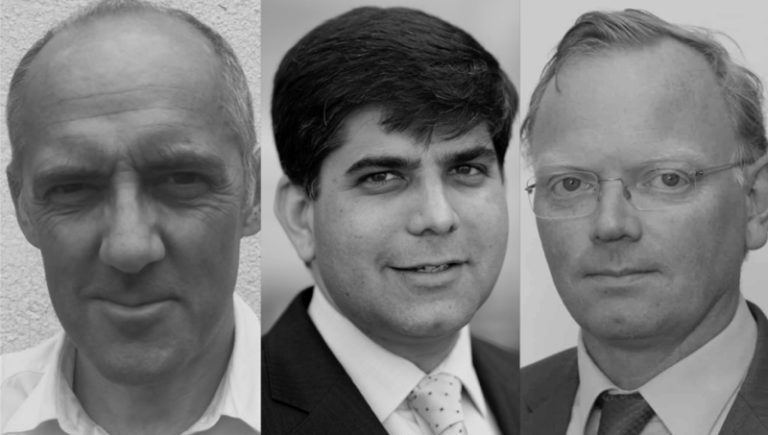 Women will drive India´s future as India now officially has more females than males. In Norway, many high profile leaders have joined the Norwegian campaign